Asbestos is the most toxic of naturally occurring silicate minerals which are fibrous, shiny brown to black and have a unique crystal structure. Asbestos is known for being resistant to heat and fire. This is why asbestos was a popular insulant for many buildings in NYC. But asbestos is extremely dangerous for people to be near and to breathe. This is why is it recommended to do an asbestos inspection in NYC.

ChutePlus provides a quick and affordable asbestos inspection in NYC to both residential and commercial buildings. Our asbestos inspectors are licensed and experienced and take every safety precaution to perform the inspection. We have been operating for years in the Manhattan area serving Queens, Brooklyn, Long Island, and the Bronx as well.

We are a local business that knows and loves our community and by employing only the most professional asbestos inspectors we are able to provide a great service at a great cost! 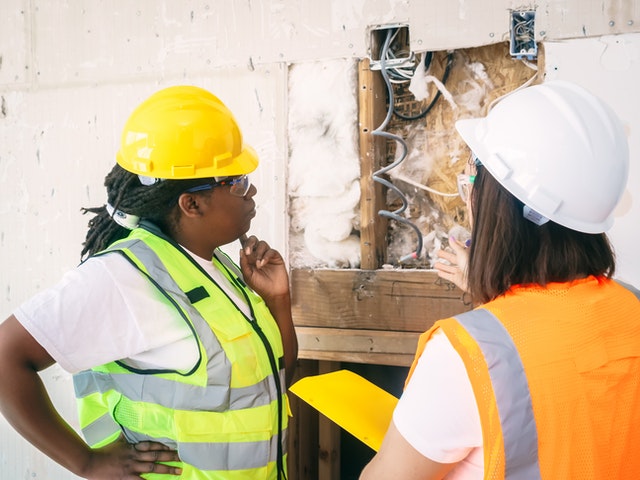 How Can Asbestos Affect Human Health?

Inhalation of asbestos fibers can lead to the development of a number of serious health problems. In fact, asbestos exposure can cause a number of different cancers including malignant mesothelioma. In addition, the mineral has been linked to asbestosis and other respiratory problems.

How would Asbestos be found, and when would it be a problem?

Asbestos is found naturally in many locations around the world, including the United States. It is also present in many U.S. products including brake linings, electrical wiring, insulation, cement, and some fabrics. At one time asbestos was used to insulate buildings, fireproof buildings, and even clothing used by leather workers because of its appealing appearance and ability to resist heat.

How much does it cost an asbestos inspection?

Asbestos testing is usually priced between $224 and $806, with an average of $496. A piece of equipment may cost as little as $100 or as much as $2000. Building size and project complexity affect the cost of testing.

Is there an asbestos inspector in New York City?

Testimonials From Our Happy Clients

All I can say is these guys are the real deal and they are a pleasure to work with. Their service is great. Their team comes off as happy and well trained for the services they provide. Thank you guys!

They did a wonderful job with my air duct cleaning. They pointed out that my furnace didn’t even have a filter which is somewhat why it got so dirty over the years so they took assessment to propose which size to get. Why not come here again and again?

The personnel was incredible. They were able to book me at the last minute to meet a special need. The specialists were consumate in clarifying what they were going to do, what they discovered and remediation strategy. They kept a clean work area and comradely throughout!!

We take pride in giving you the best building services available. We have a policy to work together as a team. We do work in some of the largest management companies in the world.